The main character, Claire, let herself get tied up for money at a club,
but due to some unforeseen circumstances, she finds herself in a predicament and
has to figure out how to escape her bondage devices.​

v1.0.2
Simplified the currency system to eliminate decimals and special characters. – This is to resolve an issue where people in regions that don’t use decimals in the same way had difficulty activating the restaurant menu. – This change should fix the issues that players in other regions had.
Fixed some anomalies with the save system that effected inventory and certain quests.
Saving while in the middle of dialogue should no longer cause a bug where interactions are blocked upon reloading.
Added a map marker to the Slootsville Hotel.
Eliminated issue of getting duplicate items from the Waitress.
Made Lara’s follow up dialogue hint more explicit since several people mentioned that they had trouble finding the phallic artifact.
Added a feature where dialogue can be toggled on and off so the renders can be viewed better.
Made it twice as likely to get a tip from running pony-slut missions, increased max tip amount, and added some additional dialogue outcomes.
Reduced the delay cooldown time between interactions.
Added a feature at the end of the game so all renders can be cycled through
Added some additional bonus renders at the end of the game that haven’t been seen before. 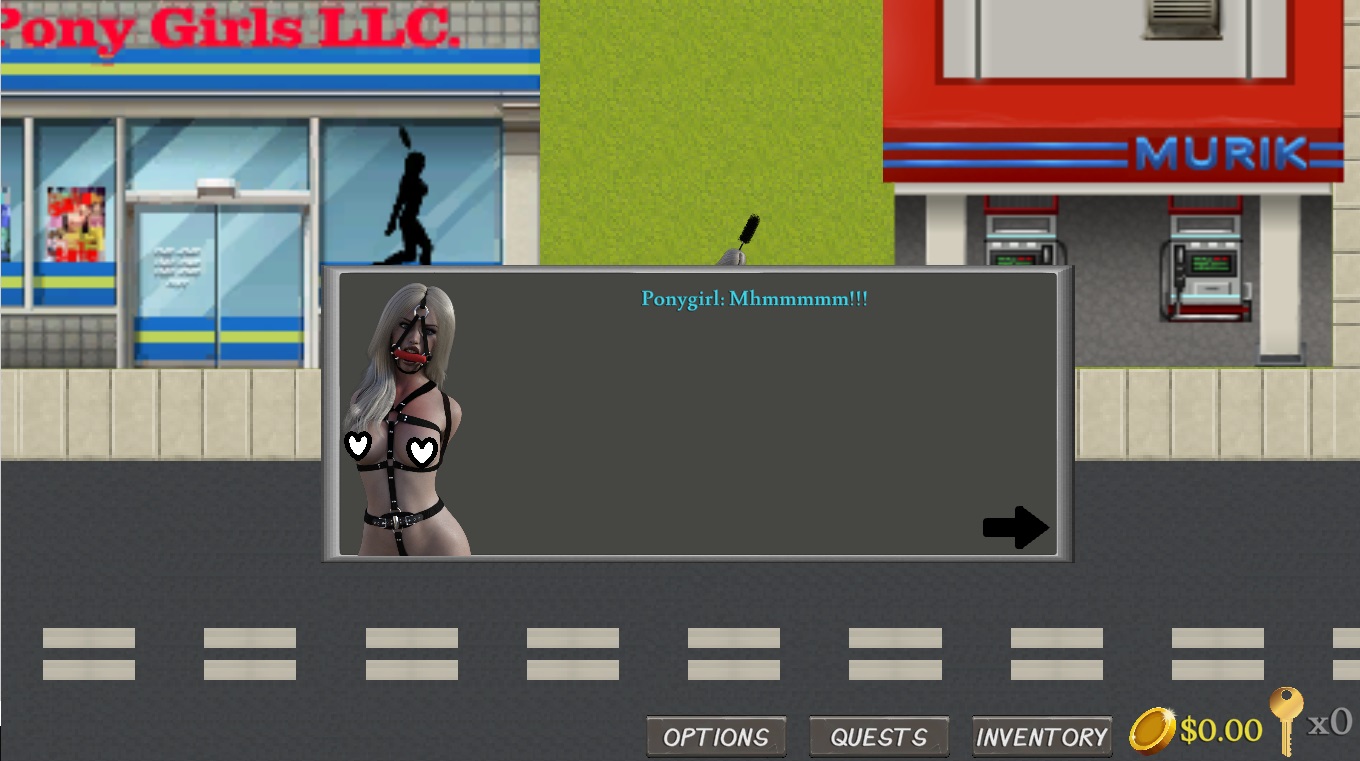 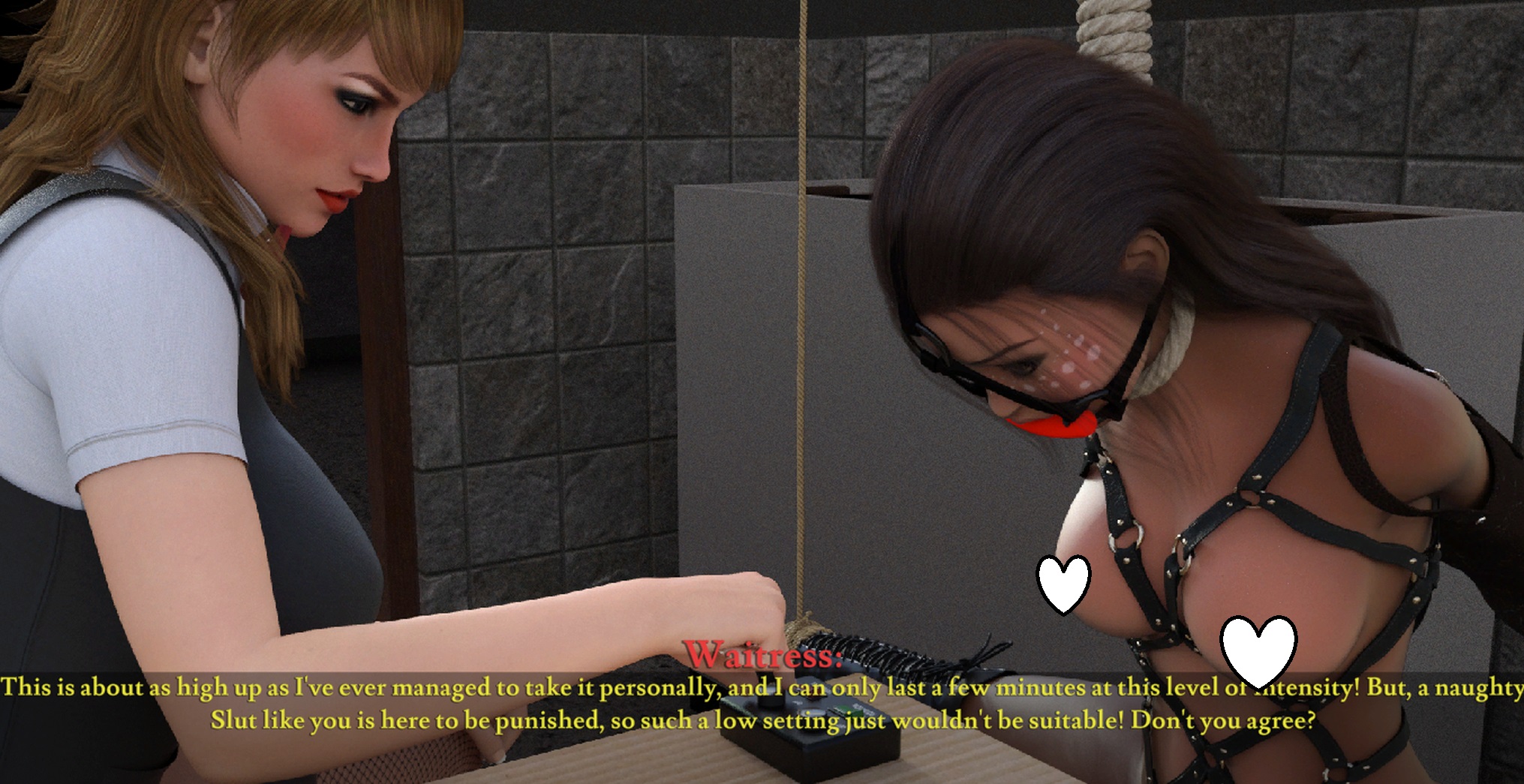