Amazing and at the same time, a strange story was told to me by an old acquaintance by correspondence. He told me of the time when he was nothing but a simple guy, yearning for a young female flesh. But due to the thunderstorm of events, in which he was cast, he found himself at a disastrous end. His birth was shrouded in mystery, and his goals were that of a simple man. His youth could be the envy of all. But to live through his destiny and bear the entirety of it, is even beyond my power. He will recite you a tale about the students who changed his life. And many women who he met, and how they have changed his fate. We are about to take an endeavor into a magical world, that has not seen a wild debauchery since the fall of the Bewitching Guild. The old magical school, that above all valued purity and chastity. And we also hear about a young doctor, who grew tired of old witches, and who dreamed of young and innocent witches… It is time to raise our sails! On-wards to Hogwarts!​

v0.7.0 Alpha
1. Added the first chapter of the updated plot
2. Integrated Live2D Susan’s scene into the game (no need for additional animations file anymore)
3. Integrated Live2D animations in the showers into the game
4. Added alternative scene with Minerva
5. Partly updated Helena’s and Minerva’s idles
6. Added a bunch of new and updated sexy minions
7. Added several new locations
8. Added three plot-related interactive events
9. Introduced several new characters for future events
10. Reworked and updated some of the core game’s mechanics based on the feedback
11. Added three new music tracks
12. Updated preferences screen to make it more user-friendly
13. Updated saving system and added new ESC menu
14. Updated interfaces throughout the game
15. A bunch of other fixes and adjustments based on the feedback
16. Bugs 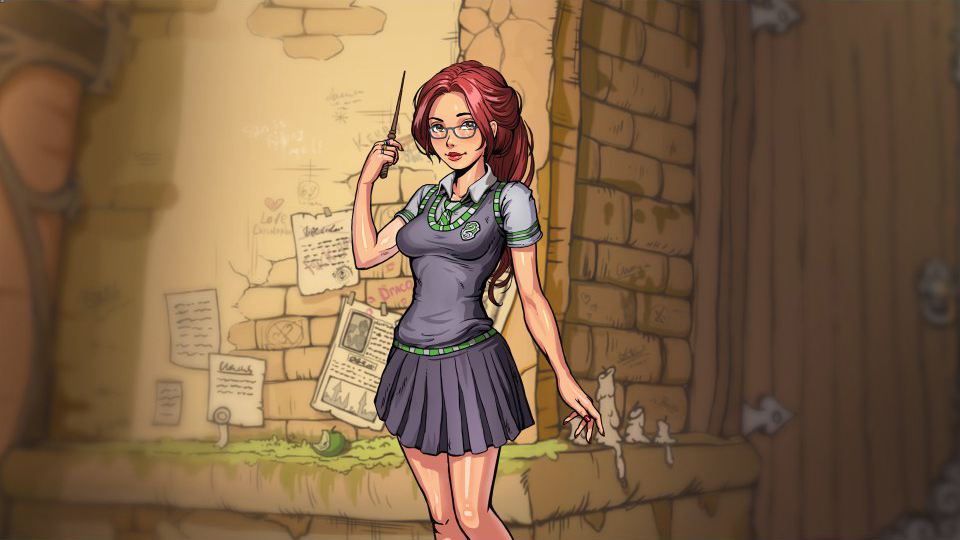