New Story Content – The End of the Sylvia Path
Much like the end of our other finished path, this update takes the form of an epilogue that wraps up our characters’ current predicament before showing some vignettes of how the experience has affected their lives and what their trajectory is going forward. There’s a lot that’s already changed for Maggie and Sylvia, and we imagine players are curious about where both will end up. We’ve enjoyed shepherding these characters to the end of their journey, and hope you all will too.

New Art – New Finished and Improved CGs, and New Sketches
UBF has been working diligently to polish a lot of existing CGs and finish sketched CGs. They’re found all over the game, but the biggest is the CG shown here. You’ll have to replay Sylvia’s Day 3 content to see it, but now’s the best time yet to replay the scenario from the beginning.

We also have a sketched CG that ends the Sylvia path drawn by KD, and even in its early stage we think it’s a very rewarding conclusion to her story.

New Art – New Sprites and Outfits
This month has a lot of new sprite art from new alternate forms of outfits for alternate forms of characters to new expressions to recolors of old outfits to a whole new outfit Sylvia wears for her final scene.

There’s also a new sprite for Tharkis in the Felicia ending. As a reminder, the text box can be hidden with the H button on your keyboard or using the mini menu on the bottom of the screen. You know, just in case you can’t quite see as much of her as you can compared to other characters.

New Music and Sound – Two New Tracks and Custom Sound Effects
Will’s been busy this month, treating us not only to two new songs, but also to our first batch of custom sound effects! The first track is an amped-up version of the sneaking theme found in Julie’s path when she and Margaret are on the run from the authorities. He also provided a new track for sexy scenes that don’t quite match the tender tone of the music we usually use for intimate CGs. You can find it being used in the more intense sex scenes found in the Julie and Gavin paths.

If that wasn’t enough, there are also new sound effects for Margaret’s phone, and the door chimes for Barlow’s and Tea Friends. All show up early in the game if you want the chance to hear them without digging around for them.

New Backgrounds – Five Sketched BGs from Heart
Heart really outdid herself this month with five backgrounds, which brings us to ZERO MSPaint-style placeholder backgrounds in the game. We know a lot of your found our old “Zeppo” backgrounds charming (we on the team did too) but we know you’ll agree that the new backgrounds are an amazing improvement. We have backgrounds for the gallery, Ricky’s Apartment, the back shelves of Tea Friends, the convention, and a new setting that appears in Sylvia’s ending. The use of color to create atmosphere in all of them are wonderful, and really help immerse players into the story we’ve created. 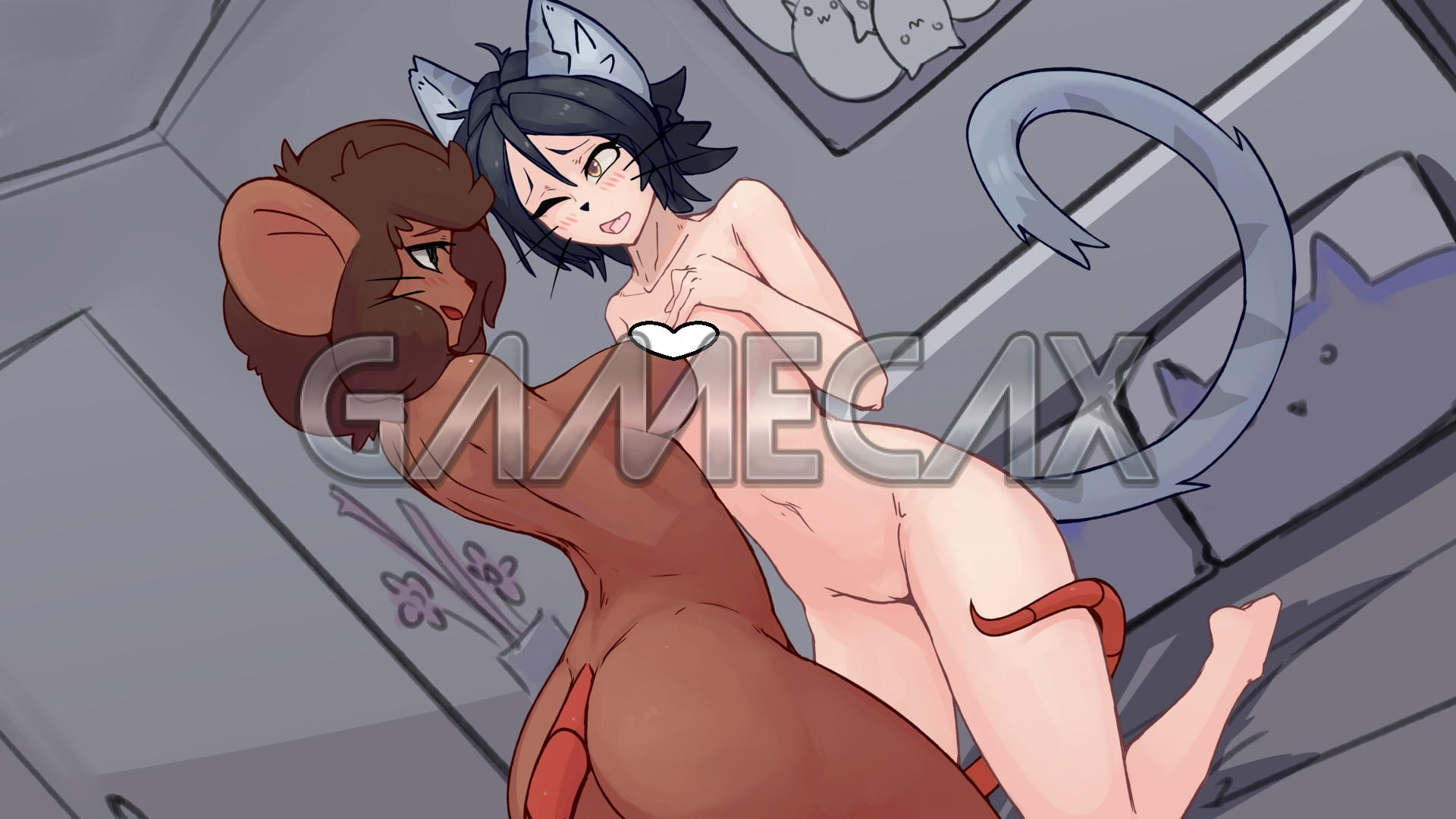 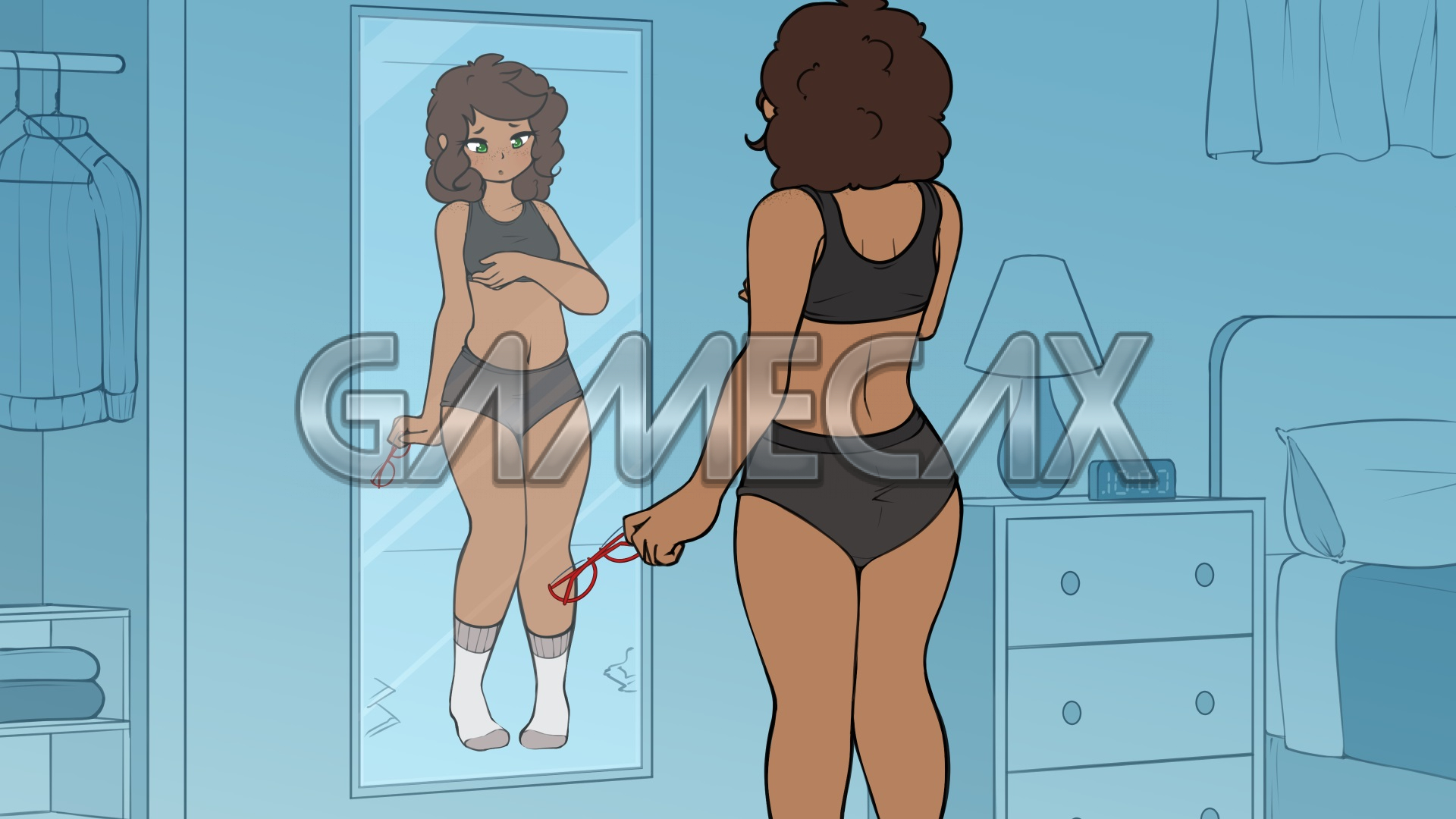